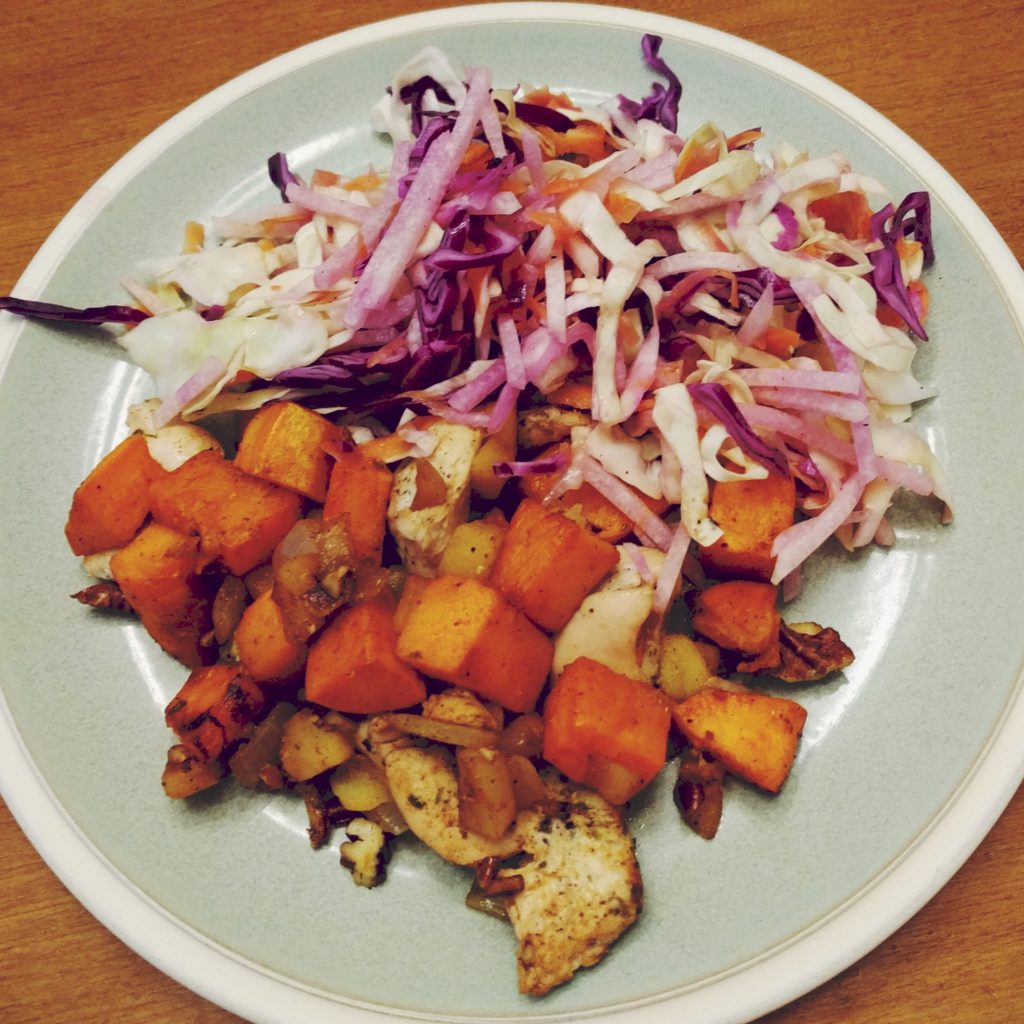 Recently I made a big bowl of easy cabbage and jicama slaw that I’ve been pairing with everything, like this Chicken and Yam hash.. It’s nice to have a container of veggies to add to meals throughout the week without having to think about it much, especially when I’m constantly doing things for the kids and feel like I have *no time.*

All you do is toss everything together, then store in the fridge until needed. It keeps for about 5 days in the fridge.

Adapted from one of my current favourite cookbooks, The Whole30 Cookbook – recipe by Melissa Joulwan of Well Fed.

Heat 1 tablespoon of the oil in a large nonstick skillet over medium heat. When hot, add the apple, onion, and salt and cook, stirring, until golden (about 8 minutes).

Stir together the other spices.

Remove the apple/onion mixture then add the other tablespoon of coconut oil to the pan. Heat up the spices for about 30 seconds, then add the yams and chicken. Cook, stirring occasionally  until browned and heated through (about 6 minutes).

Stir in the pecans, and enjoy! 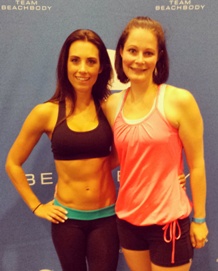